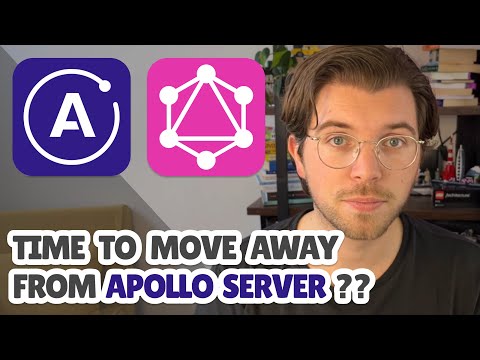 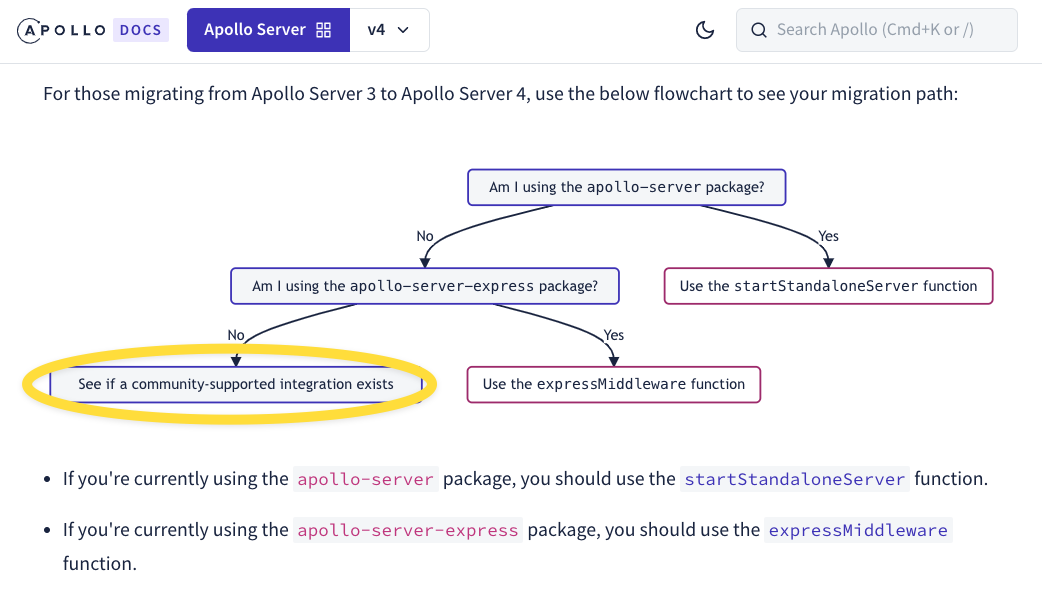 This seems like a minor deal unless you're not using Express as your web framework. And an important note here is that Express GraphQL is being deprecated by the GraphQL Foundation. So if you're using Express for a GraphQL API, you should move away from it anyway.

Dropped support for other web frameworks 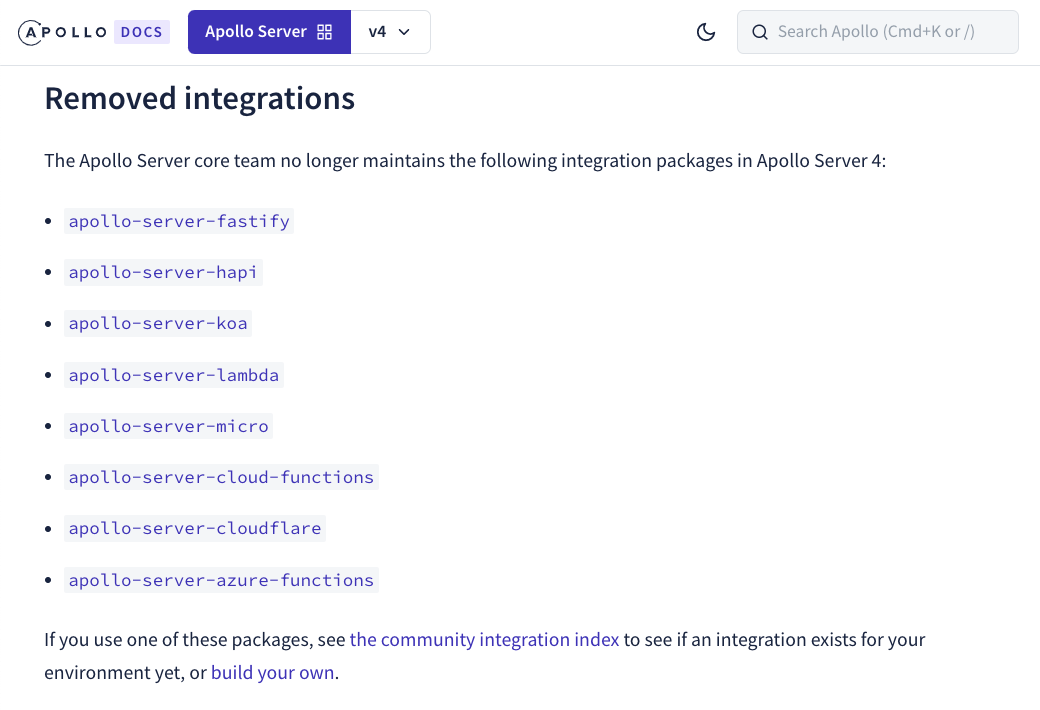 Until someone decides to build a new package for the web framework you use, you're stuck with Apollo Server v3, which is deprecated and will be end-of-life in October 2023. 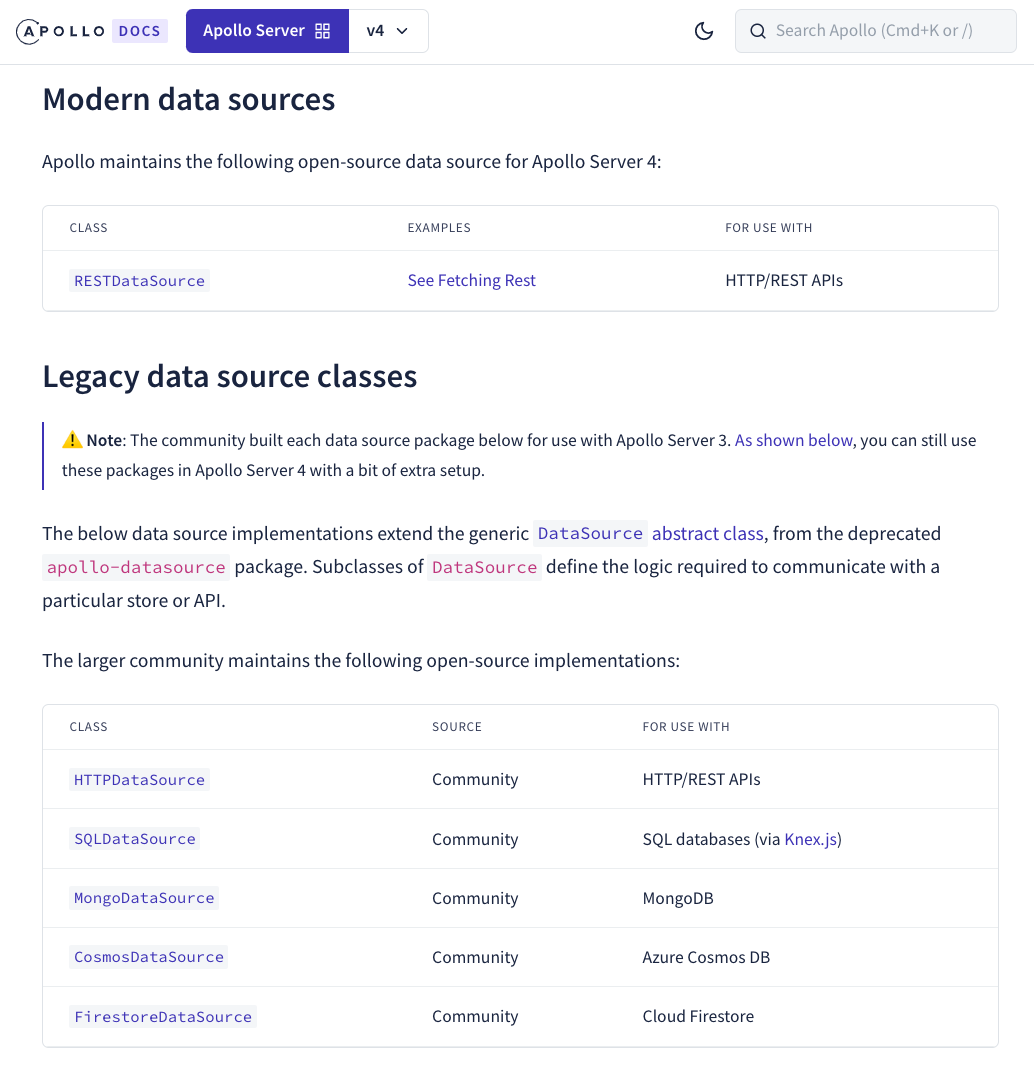 What else has changed?

Besides no longer supporting any other web framework than Express, there are a a lot of other breaking changes. Not all of them are bad, and the new Apollo Server v4 seems to be fixing a lot of tech debt the team has been building up over the years. For example, Apollo Server v4 has better TypeScript support than previous versions. And the deprecation of ApolloError in favor of GraphQLError from the graphql package is a good step forward to keep Apollo Server more in line with other libraries to build your GraphQL API.

Should I move away from Apollo Server?

It's entirely up to you. But from a Reddit post of the Apollo team it seems the next "backwards incompatible" release of Apollo Server will be Apollo Server v5, in spring 2023(!). To me, that just shows that Apollo Server is not a stable library to build your GraphQL API. And if you're building a GraphQL API for a company, you don't want to be stuck with a library that is not stable and will be deprecated every few years.

When moving away from Apollo Server, and you're looking for a replacement built with JavaScript or TypeScript, let me give you some options. If you want to keep building your GraphQL API schema first, you might want to consider Mercurius (which relies on Fastify) or GraphQL Yoga. If you're going to build your GraphQL API code or resolver first, have a look at TypeGraphQL or Nexus. Alternatively, there are great GraphQL-as-a-Service solutions such as StepZen in case you no longer want to build, maintain and host your own GraphQL API.

You can learn more about the differences between schema-first, code/resolver-first, or using a GraphQL-as-a-Service in this recording of my talk at GraphQL Galaxy 2021.

Are you using Apollo Server? What are your thoughts on the breaking changes? Let me know on Twitter at @gethackteam.